I, dressed in a suit and heels, stood in front of the bench, with a box of Kleenex strategically placed nearby. I knew I was going to need it.

“Ms. Lindsay, what is your client’s position?” asked the impatient Judge.

I quickly reached into the box, grabbed a piece of Kleenex, and vigorously wiped my mouth before hurriedly responding.

That scene repeated itself over and over again throughout the course of my pregnancy. I constantly had a piece of Kleenex in front of my mouth: At the store, in the office, in court, in church . . . everywhere. I simply could not stop drooling. I went through hundreds of boxes of Kleenex over the life of my pregnancy. The alternative, as suggested by my mom, was to carry a “spit-cup.” Oh, the horror!

To say that I had the pregnancy from hell is an understatement. I did not have morning sickness. I had morning, noon, and night sickness for my entire pregnancy. I drooled every day; I vomited every day; I cried every day; I lost weight. I slept with a towel under my head and a garbage can beside my bed. I drove with garbage bags in the passenger seat and had to pull over on more than one occasion and use them. I rushed to the hospital multiple times, one of which was so that I could receive intravenous fluids due to severe dehydration.

I was miserable. I remember singing old spirituals because I swore I was dying. “Swing low, Sweet Chariot coming for to carry me home.” I begged God and the doctor to take the baby early and broke down in tears when they both refused.

In the final weeks of my pregnancy, I solicited advice on how to bring on labor. Instead of taking the elevator, I walked up and down 14 flights of stairs to our home. I drank disgusting homemade concoctions. As a last ditch effort I begged a midwife to come to my home and work her magic. It worked: I went into labor that night. I will forever be grateful to her. I thought about naming our firstborn after her, but that would have been weird: I was having a boy.

We rushed to the hospital the night my contractions began only to be told I had to have an unplanned and unwanted cesarean section. I thought to myself “why me?” And then, while lying on the operating table, I vomited one last time. Amazingly, later that evening every single pregnancy related side-effect ended. I then waved at my beautiful baby… as he was carried to the nursery.

Don’t judge me. I hadn’t had a full night’s sleep in almost 9 months.

This weekend my baby, Max, turns 5 years old. It is hard to believe how quickly time has passed. When I look at him my heart swells with love and pride. I understand why parents say, “I brought you in this world and I will take you out” when children misbehave: There was nothing easy or beautiful about the process of bringing him into the world. It is unthinkable that he will one day intentionally defy or disappoint me in spite of my sacrifices . . . and yet I know that he will.

Who am I kidding? He already intentionally defies me at times.

As I planned his 5th birthday party this week and discussed his long list of wants, I decided to make a clutch purse for myself. I saw a picture of a similar bag on Instagram and knew that I had to have one of my own. What do you think of the clutch? Was your pregnancy everything you expected it to be? 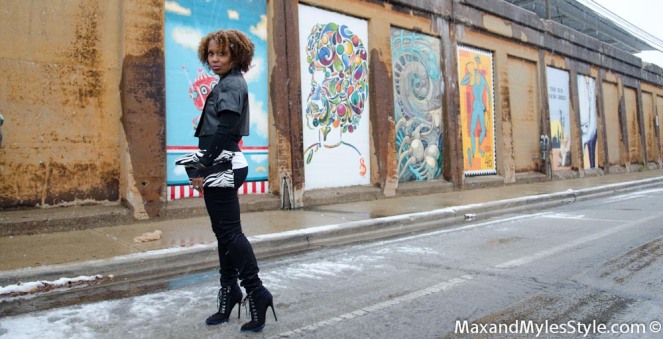